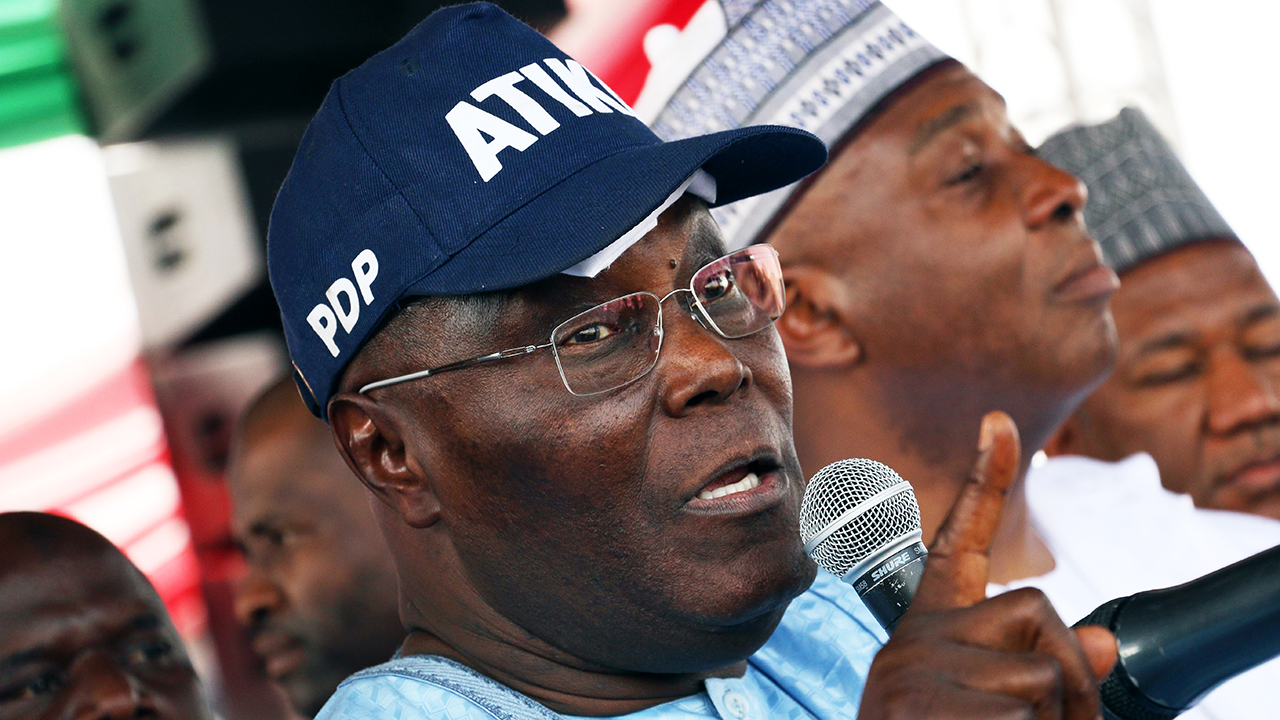 – The Presidential candidate of the Peoples Democratic Party, PDP, Atiku Abubakar, has alleged that the Independent National Electoral Commission, INEC, had at various stages of the February 23 presidential election, unlawful allocated votes to President Muhammadu Buhari.

Buhari and Atiku Atiku who made the allegation in the petition he lodged before the Presidential Election Petition Tribunal sitting in Abuja, said he would adduce oral and documentary evidence to show that results of the election as announced by INEC, especially the votes credited to President Buhari, did not represent the lawful valid votes cast.

He alleged that in some states, INEC deducted lawful votes that accrued to him, in its bid to ensure that Buhari was returned back to the office. Both Atiku and the PDP said they would call evidence of statisticians, forensic examiners and finger-print experts at the hearing of the petition to establish that the scores credited to Buhari were not the product of actual votes validly cast at the polling units.

Meanwhile Naipost already reported that the controversial candidate had requested that tribunal declare him the winner of Feb 23 Polls or Nullify the entire results “The Petitioners plead and shall rely on electronic video recordings, newspaper reports, photographs and photographic images of several infractions of the electoral process by the Respondents”, they added.

Specifically, the petitioners serialised results that were recorded from each state of the federation in order to prove that the alleged fraudulent allocation of votes to Buhari and the All Progressives Congress, APC, took place at the polling units, the ward collating centres, local government collating centres and the State collating centres.

Atiku contended that proper collation and summation of the presidential election results would show that contrary to what INEC declared, he garnered a total of 18,356,732 votes, ahead of Buhari who he said got a total of 16,741,430 votes.

“The Petitioners shall rely on the evidence of Statisticians, Forensic Examiners and other Experts, detailing the data analysis on the votes at all levels of collation, from the polling units to the final return”, he added. “The Petitioners state that Smart Card Readers deployed by the 1st Respondent, in addition to accreditation, equally transmitted electronically the results of voting from polling units directly to the server of the 1st Respondent.

The Petitioners also will rely on the data on the 1st Respondent’s central server between 25th February 2019 and 8th March 2019 and hereby also give notice to produce same before this Honourable Court. “The Petitioners hereby plead the electronic data on the servers of the 1st Respondent and shall at the trial give evidence of the source of the data analysis and data material, including the website: www.factsdontlieng.com.

“The Petitioners state that whereas the actual number of voters accredited at the election was 35,098,162, the 1st Respondent wrongly suppressed and/or reduced the number of accredited voters to 29,394,209 to the detriment of the Petitioners. “The 1st Respondent had by its Regulations and Guidelines for the Conduct of Elections, 2019 made pursuant to the Electoral Act, 2010 (as amended) provided for the mandatory use of card readers for the said election.

The 1st Respondent by its press release on smart card readers issued in February 2019 and signed by its National Commissioner, Barrister Festus Okoye, emphasised and reiterated that “The use of the Smart Card Reader is NOT ONLY MANDATORY but its deliberate non-use attracts the sanction of possible prosecution of erring officials in accordance with the INEC Regulations and Guidelines for the conduct of elections. “This is in addition to the voiding of any result emanating from such units or areas as was done in the Presidential and National Assembly elections of February 23, 2019.”

By this stated position of the 1st Respondent, all accreditation not done by smart card reader in the presidential election was and remain void. “The Petitioners state and contend that the 2nd Respondent was not duly elected by majority of lawful votes cast at the election; and that from the data on each State of the Federation and the Federal Capital Territory, Abuja, in the 1st Respondent’s server, the 1st Petitioner, as opposed to the 2nd Respondent, scored majority of lawful votes cast at the election.

“Wherefore, the Petitioners pray jointly and severally against the Respondents as follows:- “That it may be determined that the 2nd Respondent (Buhari) was not duly elected by a majority of lawful votes cast in the said election and therefore the declaration and return of the 2nd Respondent by the 1st Respondent as the President of Nigeria is unlawful, undue, null, void and of no effect.

Disclaimer: This news piece was first published on VanguardNGR More at

All Markets In Lagos State Has Been Approved To Resume Full Operation.

Nigeria President Address To Nigerians Shows No Empathy On The #EndSARS Shooting By The Army.