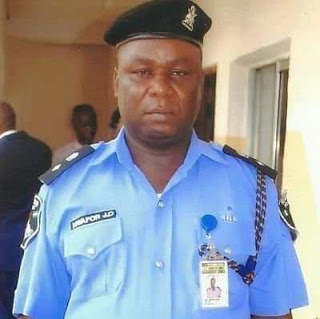 Governor Willie Obiano of Anambra State has sacked one of his aides accused of allegedly killing several Nigerians while serving in the Police Force as a Commander of SARS.

Following my meeting with amazing #EndSARS protesters in Anambra, earlier today, we’ve setp up a Panel of Inquiry over Reports of Abuse of Human Rights, as communicated below,

Outcome of Meeting Between Governor Obano and Nigerian Youths.

1. Governor Willie Obiano of Anambra State this afternoon held a frank and candid discussion with a large number of Nigerian youths on the state of the nation, with particular attention to the experience of young people at the hands of security agents.

2. The governor noted with dismay reports of inhuman treatment to the youth by the Special Anti-Robbery Squad (SARS) of the Nigeria Police Force, and consequently lauded President Muhammadu Buhari for disbanding SARS in accordance with the wishes of Nigerian youths and also for acceding to their four requests for a better police force.

3. To create a more humane social order in Anambra State, Governor Obiano has decided to set up a broad-based panel to look into reports of abuse of human rights by the defunct SARS in the state over the years.

Headed by The Hon Justice V. N, Umeh, (retired) the panel will complete its job within 30 days. Members comprise the following:

(A) A representative of the Association of Anambra State Students;

(B) Three youth leaders from the three senatorial zones in the state;

(C) A member of the National Youth Service Corps in the state;

(G) A representative of the Youth Wing of the Ohaneze NdIgbo, Anambra State;

(H) Chairman of the Youth Wing of the Anambra Town Unions (ASATU);

(I) Chairman of the Christian Association, Anambra State;

(J) A nominee of the Archbishop of the Anglican Province of the Niger;

(K) A nominee of the Archbishop of the Catholic Archdiocese of Onitsha;

(L)  A representative of the Pentecostal Fellowship of Nigeria, Anambra State;

(M)A representative of the Chairman of the Anambra State Traditional Rulers Council;

(P) The two youngest members of the State Executive Council; and

(Q) The Special Adviser to the Governor on Creative Security.

4. The panel will look, in particular, into allegations of extrajudicial killings by a former head of the SARS office in the state, Chief Superintendent of Police James Nwafor (retired), whose appointment as a Special Assistant to the Governor has since been terminated. He will face prosecution if found guilty of any of the alleged offences.

5. Governor Obiano has also directed the Commissioner of Police to review all detentions in not just the SARS facilities in the state but also in all police formations to ensure that the freedoms and dignity of all citizens are upheld at all times.

God Bless Anambra State, the Light of the Nation. 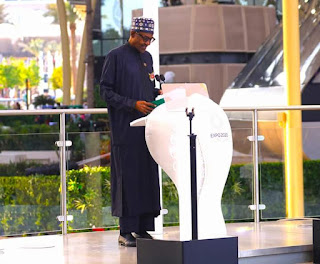 The group, set up by ECOWAS Authority of Heads of State and Government in 2000, stated that both Boko Haram and ISWAP had continued to mobilise, move and utilise funds through the nation’s formal financial and commercial system.

It noted that the government lacked adequate insight into Boko Haram and ISWAP international linkages and abuse of the formal financial and commercial sectors.

It said even though the Department of State Services had significant ability to identify and investigate terrorist financing activity, and that it even conducts parallel financial and terrorism investigation, there was little evidence of the effectiveness of such efforts.

The group, known as GIABA, stated these in its 2021 Mutual Evaluation Report, where it also noted that Nigeria lacked an explicit policy to confiscate proceeds of crime or property of equivalent value, including terrorism financing.

It also said the Nigerian government, led by the President, Major General Muhammadu Buhari (retd.), failed to confiscate the assets of terrorists as stipulated in the global anti-money laundering and counter-terrorist financing standards.

Nigeria has been battling Boko Haram insurgency for about 12 years, during which thousands have been killed, including civilians and soldiers; several persons, including schoolchildren and women, were kidnapped with many still in captivity while millions have been displaced.

Meanwhile, the GIABA report was adopted by the global financial intelligence agency, Financial Action Task Force, whose recommendations help authorities to go after the money of criminals dealing in illegal drugs, human trafficking and other crimes.

The report stated, “Boko Haram/ISWAP pose significant TF (Terrorist Financing) risks that are challenging to disrupt, operating in large part outside the formal financial and commercial system in the conflict zone.

“In these areas, Boko Haram and ISWAP are mainly able to “live off the land” through a variety of means, including kidnapping for ransom, extortion and taxation, raiding and controlling commercial activity
“As with other forms of illicit financial activity, the pervasive use of cash enables these groups’ funding. A study estimated ISWAP’s revenues, deemed larger than Boko Haram’s, at up to USD$36m annually, much of it from trading activity and taxation in the Lake Chad region.

“According to Nigerian authorities, both groups have also continued to mobilise, move and utilise funds through the formal financial and commercial system as well, accounting for a relatively small portion of TF activity. These groups also engage in international trafficking activities and as sworn adherents to the Islamic State, also have links with other regional and global terrorist networks.

“The authorities believe that any external support from ISIS Core may account for a small portion of ISWAP’s overall revenues. However, trade with broader criminal networks that could extend to regional jihadist organisations appears to generate significant income for both Boko Haram and ISWAP.”

The Financial Action Task Force assessment noted that the Nigerian authorities did not prioritise terrorism financing investigations, as there were only a few terrorist financing prosecutions and convictions, which do not reflect the country’s risk profile in terrorist financing.

Notably, no individual, body or corporation has been convicted in Nigeria for funding terrorism since the insurgency started in 2009.

The Task Force said in the assessment, “Nigeria has a significant but incomplete understanding of its TF (terrorist financing) threats and risks. It lacks adequate
insight into Boko/ISWAP’s international linkages and abuse of the formal financial and commercial sector. The authorities do not prioritise TF investigations, as there are only a few TF prosecutions and convictions which do not reflect Nigeria’s TF risk profile.

“The Department of State Services, Nigeria’s lead counter-terrorism agency, has significant ability to identify and investigate TF activity. It conducts parallel financial investigations in conjunction with terrorism investigations. However, there is little evidence of the effectiveness of such efforts.

“The content of TF-related Suspicious Transactions Reports submitted to the NFIU (Nigerian Financial Intelligence Unit) has not been of demonstrable value, appearing to add little to Nigeria’s CFT (Combating the Financing of Terrorism) efforts. The agency maintained that Nigeria did not demonstrate effective legal and operational frameworks for seeking international cooperation, including for the recovery and repatriation of assets.

“Nigeria did not demonstrate that it prioritises and provides constructive information or assistance, including adequate, accurate and current basic and beneficial owner information of legal persons promptly.”

It noted that the nation recently enacted the Mutual Legal Assistance in Criminal Matters Act, 2019 to streamline processes for mutual legal assistance

The financial task force observed that the larger commercial banks and those affiliated with international groups have a good understanding of money laundering and terrorism financing risks.

In contrast, it submitted that the non-bank financial sector such as bureau de change, microfinance banks and insurance intermediaries have a low level of understanding of money laundering and terrorism financing risks, stressing that the level of supervision of registered/licensed forex dealers was not commensurate with the risk of the sector.

“At the same time, thousands of forex dealers operate informally and are entirely unsupervised,’’ the GIABA report affirmed.

Already, the Central Bank of Nigeria in July suspended sale of forex to BDCs due to what it termed illegal activities and corrupt tendencies. The CBN Governor, Godwin Emefiele, said Nigeria was the only country selling foreign exchange to BDCs.

He said the apex bank sustained the practice because of the role the BDCs played in the economy, but that it was disappointing to find that they turned themselves into agents that facilitated graft and corruption in Nigeria, which necessitated their suspension.

About 400 BDC operators and traders were arrested in Kano, Borno, Abuja, Lagos, Sokoto, Adamawa, Kaduna and Zamfara for alleged money laundering and terrorism financing by security agencies in March while 190 others nabbed for alleged link to terrorism reportedly paid N900m in penalties before they were allowed to return to their business.

Months after they were apprehended and despite promises by the Minister of Justice and Attorney General of the Federation, Abubakar Malami, the suspects have not been arraigned or prosecuted. 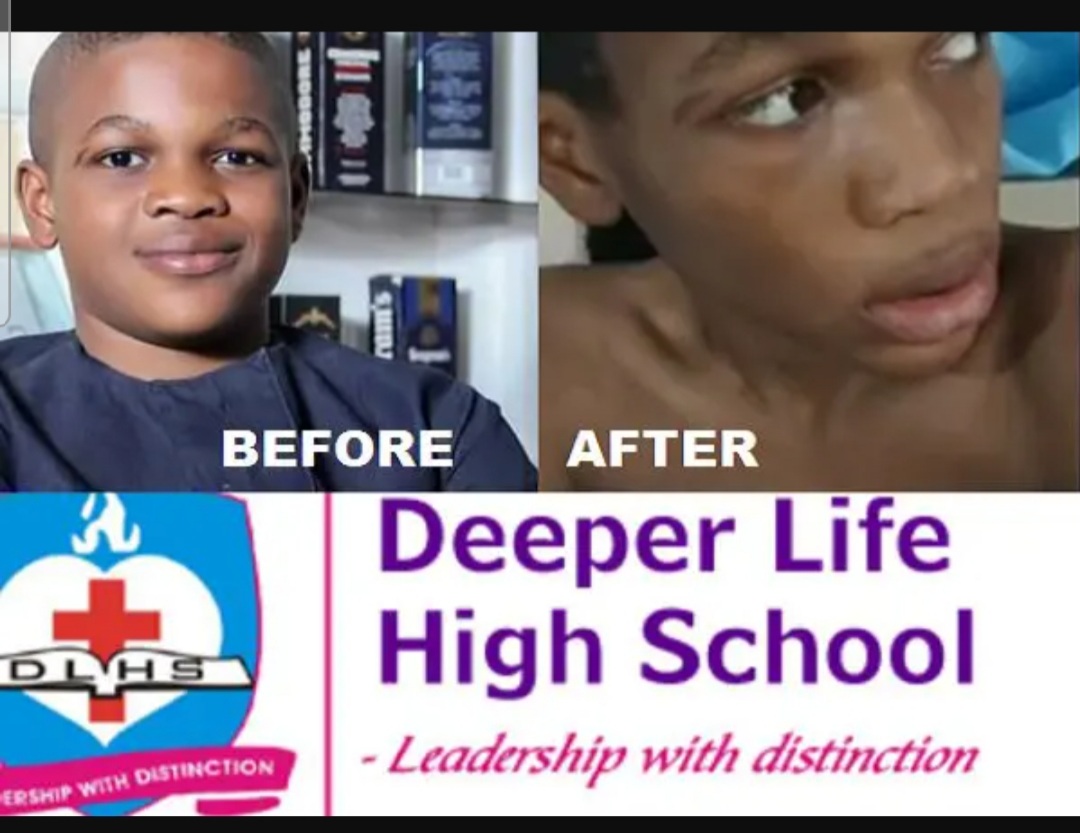 The Mother of Don-Davis Archibong, Deborah Okezie, a Junior Secondary School student of Deeper Life High School, Uyo, Akwa Ibom State has revealed that the principal and house master has been remanded in prison.  While the two senior students who were torturing her son are facing the juvenile court.

Today, all the suspects were arraigned afresh at the State High Court 7 Uyo and were asked to be remanded in the prison Custody with stiff bail conditions. So, the 5 of them, the Principal Ndidi Solomon, the Vice Principal, the wicked House masters, Akpan and others apart from the 2 minors were ordered to be detained in the prison custody until they met their bail conditions.

Their lawyers were running up and down and cold caught all of them when the Judge gave the ruling. Further more, after a lengthy argument that lasted for about 3hrs, the judge ruled that the 2 accused minors, Old and Shalom will be tried at the Juvenile family Court, while the other 5 accused persons will be tried in the open Court where everyone shall see them.

The matter has just began, with a different tone of music. 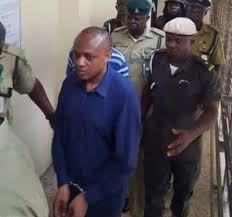 The co-defendant of reputed billionaire kidnapper  Chukwudumeme Onwuamadike aka Evans, Chiemeka Arinze has died in the correctional centre custody.

It would be recalled that Evans was on trial with Joseph Emeka, Chiemeka Arinze, and Udeme Upong before Justice Oluwatoyin Taiwo of an Ikeja Special Offences Court for the attempted kidnapping of Chief Vincent Obianodo, Chairman of the Young Shall Grow Motors.

They were all facing a seven-count accusation of murder, attempted murder, kidnapping conspiracy, attempted kidnapping, and guns sale etc.

Arinze died on Friday, November 26, 2021, according to a source who requested that his identity remains anonymous.

The source, went on to say that the late defendant’s attorney had  submitted a bail application with the court last week, citing the defendant’s ill-health.

The source further said that the trial in the case will resume today (Monday), and that the bail application would be heard also, before they learned of the defendant’s demise.

Chiemeka, who had been sick, was transferred from the prison to a General Hospital, where he died.