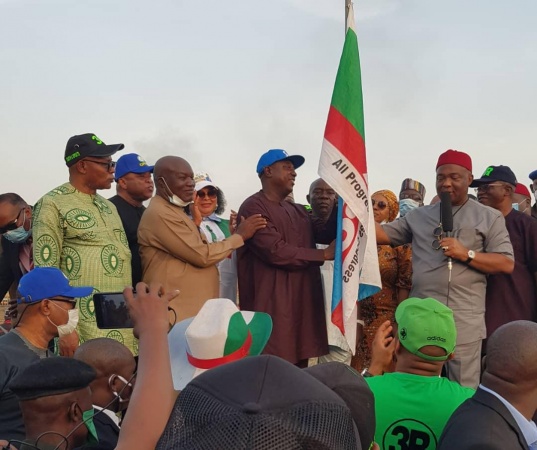 Sir Frank Ibezim is the candidate of the ruling All Progressives Congress (APC) for the Imo North Senatorial election that holds today Saturday, December 5, 2020. Both the appellate court and the State Governor, Senator Hope Uzodimma, affirmed this.

The Court of Appeal sitting in Owerri, the state capital, in a unanimous judgement on Friday upheld Ibezim’s appeal, while setting aside the judgment of the Federal High Court of November 6, 2020 that declared Senator Ifeayi Ararume as the party’s candidate.

The judgement agreed with Thursday’s declaration by Governor Uzodimma that Ibezim remains the APC candidate for the election.

Uzodinma had urged Okigwe people to vote massively for Ibezim as a vote for him is vote for APC.

He said the era of selfish politicking in Imo when some people think they are above the people is gone forever.

Speaking at the Okigwe Stadium during the grand finale of the APC campaign, the Governor noted that Ibezim will have the interest of the people at heart more than any other person or political party outside the APC.