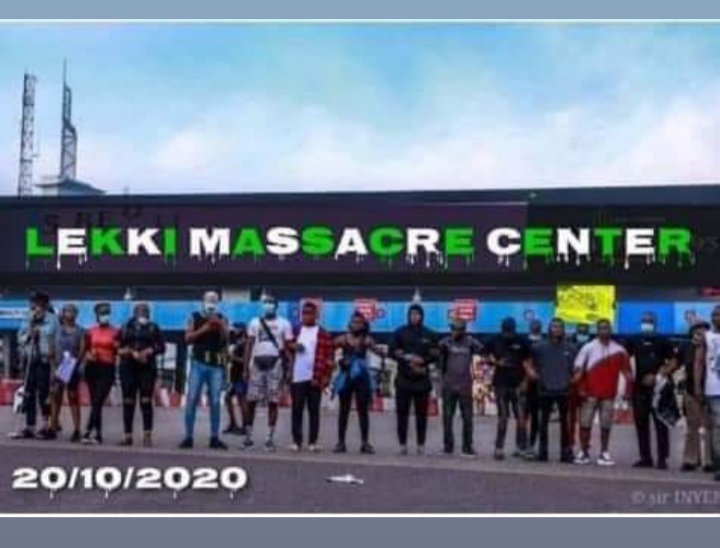 There were many casualties in the Lekki area of the Lagos state yesterday, armed soldiers allegedly shot sporadically at the #EndSARS protesters, killing no fewer than twelve persons in the process.

Many protesters were said to have sustained bullet wounds as a result of the attack that suddenly came just after the billboard on the tollgate and the streetlights around the premises were switched off. It was learnt that the CCTV was also disconnected.

A video recorded by an eyewitness, which was reposted on Instablog9ja, indicated that seven protesters were killed during the attack. “They have killed more than seven people that I have seen with my eyes. They were killed with real bullets and not even rubber bullets,” the recorder of the footage said.

Prior to the blackout, it was learnt that two soldiers were at the tollgate from the Lekki axis to pledge their support for the protest by the #EndSARS campaigners.

Few minutes after the soldiers came, it was learnt that there was a sudden blackout as a group of armed soldiers advancing from the Ozumba Mbadiwe axis started shooting sporadically into the air and at the protesters.

An eyewitness, Yekini Adedeji, said all the protesters around the tollgate scampered for safety, adding that the soldiers had taken over the premises.

“The soldiers are shooting sporadically, they put off the street light and the billboard to make the place to be in total darkness. The soldiers started shooting up but they shot at the protesters as well, as the video live streaming by a popular Dj shows people that have sustained bullet wounds and pellets of bullets on the ground.