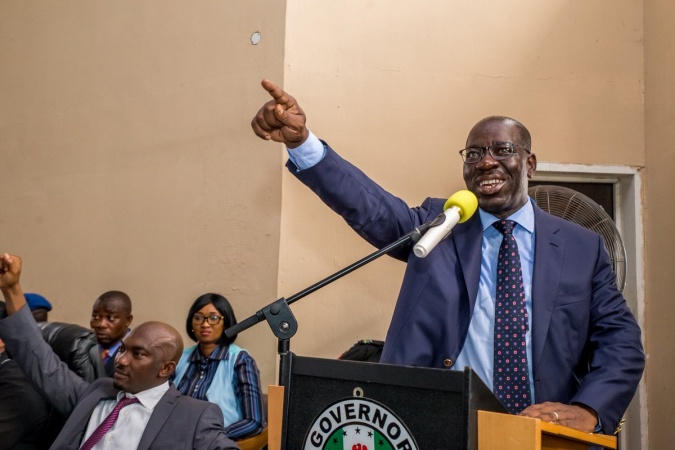 Mr. Godswill Obaseki governor of Edo state has been re-elected for another four-year term.
The Peoples Democratic Party (PDP) candidate was declared winner by the Independent National Electoral Commission (INEC) having won 307,955 votes in yesterday’s governorship ballot as against 223,619 by his main rival, Pastor Osagie Ize-Iyamu of the All Progressives Congress (APC).
Obaseki was declared winner at about 2:00 p.m. by the Returning Officer for the election, Prof. Akpofure Rem-Rukeh.

Obaseki beat Ize-Iyamu by scoring 307,955 to 223,619 votes including in the latter’s home local government area, Orhionmwon.

The election held yesterday was generally regarded as peaceful and witnessed high turnout of voters.