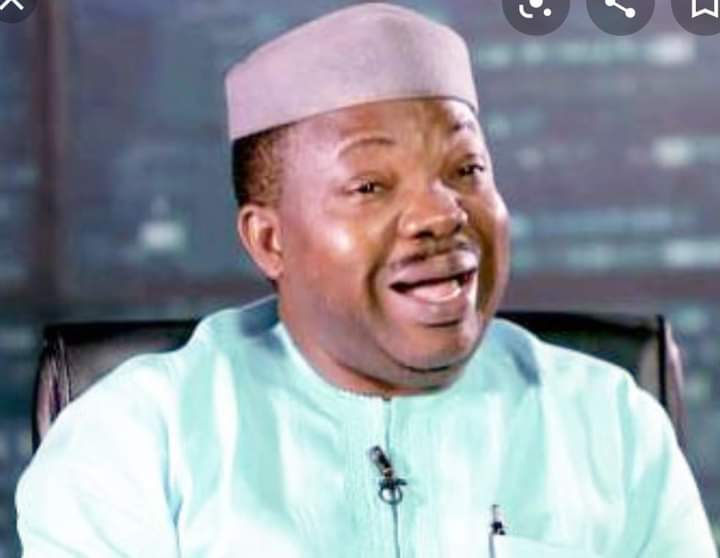 Yinka Odumakin, the National Publicity Secretary of the pan-Yoruba group, Afenifere, is dead.

His wife, Mrs Joe Okei-Odumakin, was also quoted to have confirmed the news of the death.

“He was OK before. Even on March 10, he was still attending meetings. He was recovering yesterday but he died this morning. I am at the intensive care unit. A part of me is gone,” she told PUNCH newspaper.

He died at the intensive care unit of Lagos State University Teaching Hospital after a brief illness.

Odumakin was a rekonwed human rights activist who played a key role in the National Democratic Coalition (NADECO) that fought the regime of General Sani Abacha after the annulment of June 12, 1993 election.

He was also one of the spokespersons of the Southern and Middle Belt Leaders’ Forum (SMBLF), the body representing ethnic nationalities in the South-West, South-South, South-East, and the Middle Belt. 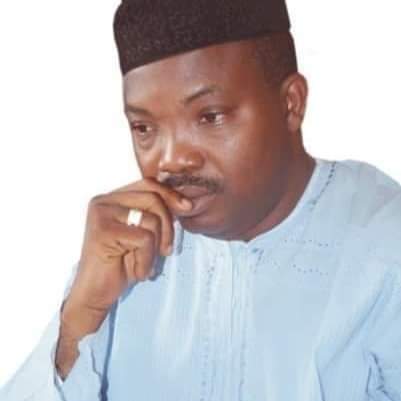 Married to another activist, Dr Joe Odumakin, he is one of the strongest critics of the present Buhari-led administration.

He has strongly condemned the activities of some killers in Yorubaland.

In his recent interview on Channels Television, he said those who are afraid of the Western Nigeria Security Network (WNSN) codenamed Operation Amotekun are criminals.

He said the initiative is for the protection of the ordinary people within the Southwest. 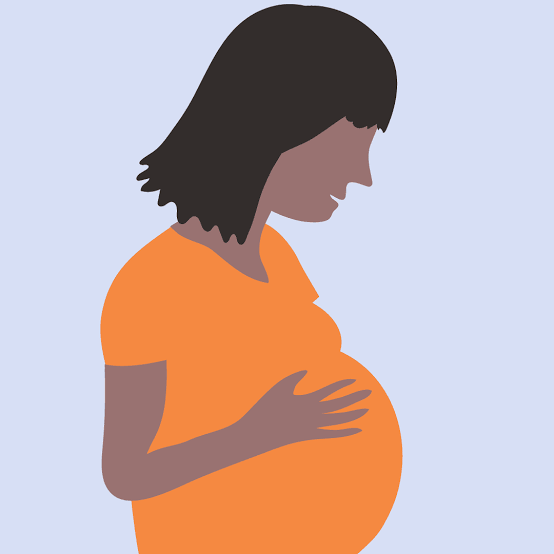 In Dar-es-Salaam, a Tanzanian Court must decide on a honorable intention, in a case where a man hired his neighbor, to get his wife pregnant.

It seems that Darius Makambako 30, with his wife Precious 28, really wanted to have a child, but a renowned doctor had told the couple that the husband was sterile. The couple was tired of being in a 6 year childless marriage.

So Makambako, a member of the Tanzanian Police Force (Traffic Department), after calming his wife’s protests, hired his neighbour Evans Mastano 32, a fellow police officer in the country’s commercial city, to impregnate his wife.

Since Evans was already married and the father of two beautiful daughters, plus looked very much like Darius to the boot, the plan seemed good.

Reports say Precious, a nurse at a private clinic, had decided to get a three months’ vacation leave (March to June 2016), to dedicate her time to sleeping with her husband’s best friend and neighbour, in order to have her first child, but the man failed to impregnate her, despite the husband leaving them in bed the whole day, at most times.

When Precious failed to get pregnant for 10 months however, Makambako could not understand and insisted that Evans have a medical examination, which he did in January 2017.

The doctor’s pronouncement that Evans Mastano was also sterile, shocked everyone, except his wife, who was forced to confess that Evans was not the real father of her two children, but his cousin Edward!

“I was forced to secretly sleep with his first cousin for these two children, after realising that my husband could not impregnate me for two years.” Angela told the Dar-es-Salaam Today News.

Now Makamboko is suing Evans for breach of contract, in an effort to get his money back, but Evans refuses to give it back, because he says he did not guarantee conception, but only that he would give it an honest effort. 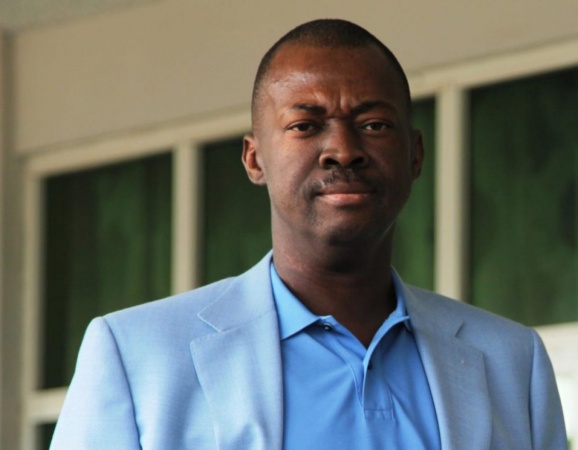 The final funerals rites, of the late wife of former Governor of Enugu State Chief Sullivan Chime,  Mrs Ifeyinwa Chime has been fixed for December 17, 2021.

A burial programme announced by the family indicated that the burial will be preceded by a service of songs on December 16th 2021.

Other burial rites would follow at Sullivan Chime’s compound in Udi. Mrs Ifeyinwa Chime passed on after a brief illness on July 18, 2021. 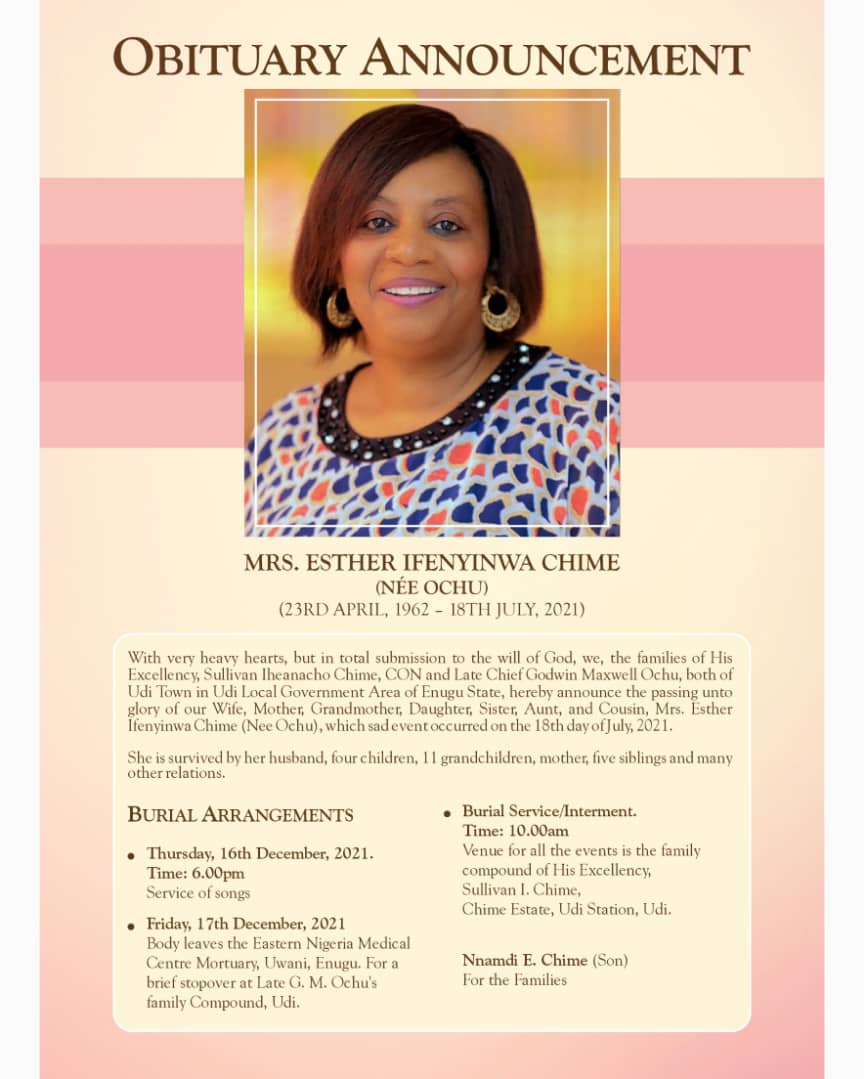 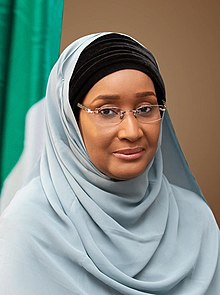 The Minister of Humanitarian Affairs, Disaster Management and Social Development, Sadiya Umar Farouq has travelled to the United States of America for childbirth.

Farouq, who was appointed by President Muhammadu Buhari in July 2019, is by age, the youngest minister in the Federal Cabinet of the president.

Her history with the President dates back to the defunct Congress for Progressive Change when Farouq was the national treasurer of CPC.

She was one-time national treasurer of the ruling party, the All Progressives Congress, APC from June 2013 to June 2014.

She was also instrumental in the party’s victory in 2015 as she served as a member of the All Progressives Congress Presidential Campaign Council. She was the chairperson of the election planning and monitoring, field operations, and fundraising committee.

In September last year, she got married to the former Chief of Air Staff, Air Marshal Sadique Abubakar.

The wedding Fatiha took place at the Maitama Juma’a Mosque in Abuja.

It was reportedly a quiet wedding ceremony as the couple did not want it to be publicized.

The Minister is expected back in the country after the delivery of her baby and the expiration of her maternity leave, The Street Journal gathered.t