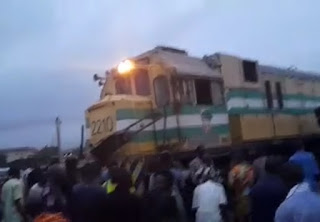 A passenger train full of people has collided with a trailer at Fagba area of Lagos State this morning.

The train which was heading towards Oshodi from Alagbado ran into the trailer which ignore signs of the incoming train.

The trailer which was loaded with goods got stuck at the rail track before it was hit.

As of when going to the press, it could not be established if there were casualty at the scene.

Some Pictures from the scene of the accident. 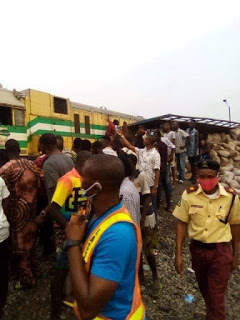 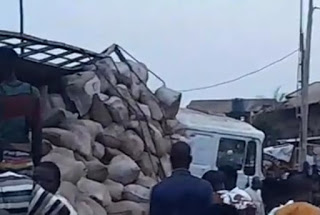 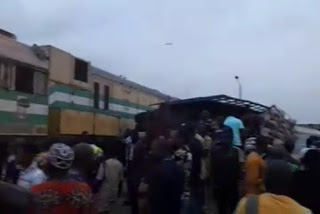