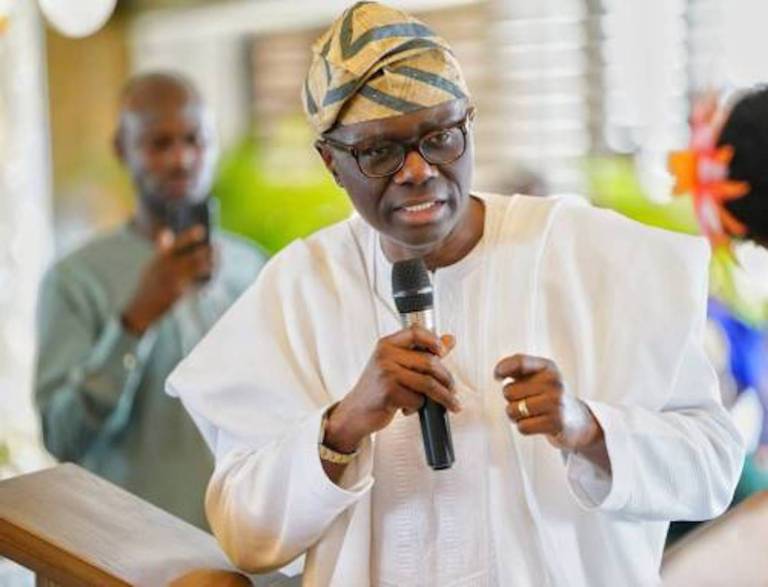 Lagos State government has declared a 24-hour curfew across the state.
Announcing this today on his official Twitter handle, the Lagos State governor Babajide Sanwo-Olu said the decision to declare the curfew following the violence which has broken out in some parts of the state and activities of criminals hiding under the guise of #EndSARS protesters.

“I have watched with shock how what began as a peaceful #EndSARS protest has degenerated into a monster that is threatening the well-being of our society. Lives and limbs have been lost as criminals and miscreants are now hiding under the umbrella of these protests to unleash mayhem on our state.

“As a government that is alive to its responsibility and has shown a commitment to the movement #ENDSARS, we will not watch and allow anarchy in our dear state.

“I, therefore, hereby impose a 24-hour curfew on all parts of the State as from 4:00 pm today, 20th October 2020. Nobody, except essential service providers and first responders, must be found on the streets,” Sanwo-Olu said. 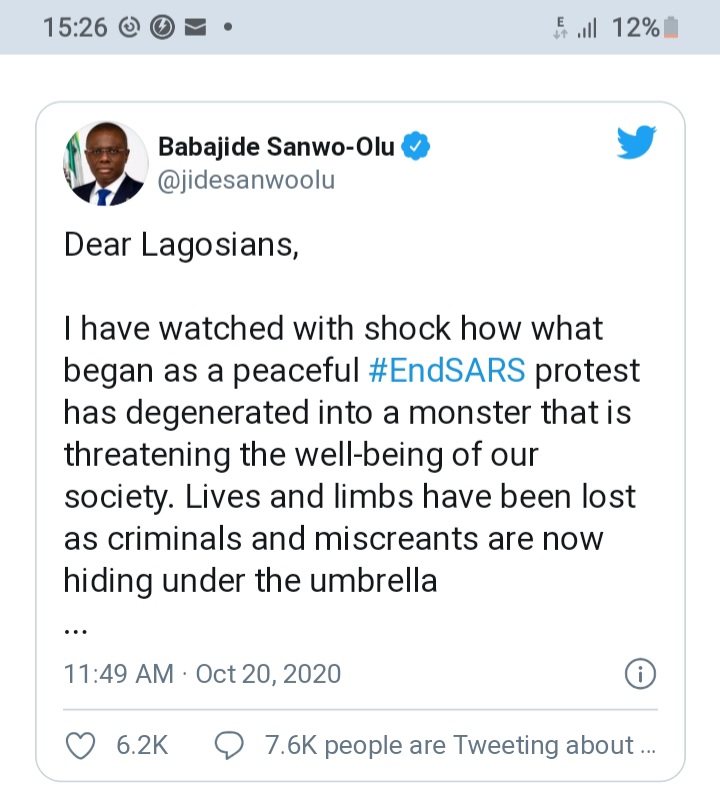