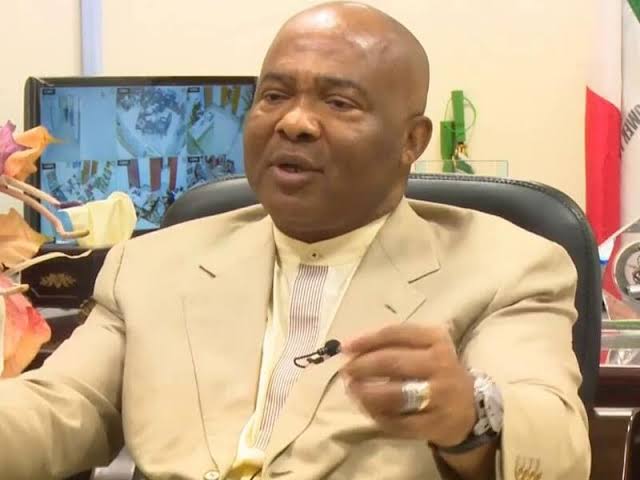 Hoodlums operating as “unknown gunmen” have relocated to the rural areas of Imo state investigation have revealed.

In Owerri, it was gathered that since this week, there have been kidnapping and shooting happening in some villages.

This scenario started playing out days after the “unknown gunmen” activities in Owerri city were curbed by the special security forces.

The recent of such criminal activities was said to have happened at about 08:45 am on Sunday morning, at the front of St Philips Anglican Church, Ohii, in Owerri West local government area, where a woman whose name was given as Mrs lkenna Onwusoroaka, was said to have been kidnapped on her way home from the church.

Also a businessman named Chimezie Okpara was kidnapped. He wss said to be a chairman of Abba Autonomous Community Development Union, from Ozibiri village in Unudurunna Nwangele local government area of Imo state.

Another disturbing incident was the killing of a herbalist, whose name was presented as Mazi Azu and his nephew from Amaohuru Nguru in Aboh Mbaise Local Government Area of Imo State.

It should be recalled that earlier in the week, confusion took over the atmosphere when some armed men attacked two vehicles and one of the vehicles escaped. It happened at Ikpa Ora situated between Umulolo and Arondizuogu, along Okigwe – Arondizuogu – Akokwa – Uga – Nnewi road.

The escaped one was said to be a bus belonging to the Imo Transport Company, ITC. Vanguard was told that the fleet number of the ITC, the bus was”1335″ and that the driver managed to escaped after the hoodlums shot severally on the bus. But a Siena vehicle was said not to be lucky enough to escape from the hoodlums.

According to some of the said survivors, a female said that “They stopped us and took away three persons out of our vehicles and when I told them that I was pregnant. They asked me to go back.”

Another man, who identified himself as a driver, claimed that, “The Siena vehicle at my back they forced all the people in that vehicle to go inside the bush.”

Another eyewitness who spoke to Vanguard said: “The boys, first of all, attacked an ITC, bus and the driver was able to escape before the next vehicle a Siena, now ran into them, the boys ordered the passengers to come down collected their phones, money and other valuables and later asked them to enter back to their vehicle.”

But reacting, the office of the Police Public Relations Officer, PPRO, Bala Elkana, said: “As regards the video making rounds on the Internet; we have not gotten any brief regarding the incident. We will keep u posted as soon as we get any credible information.”

ASUU To FG, Is Wrong Appointing Non Degree Holders To Board Of Governing Council Of Universities.