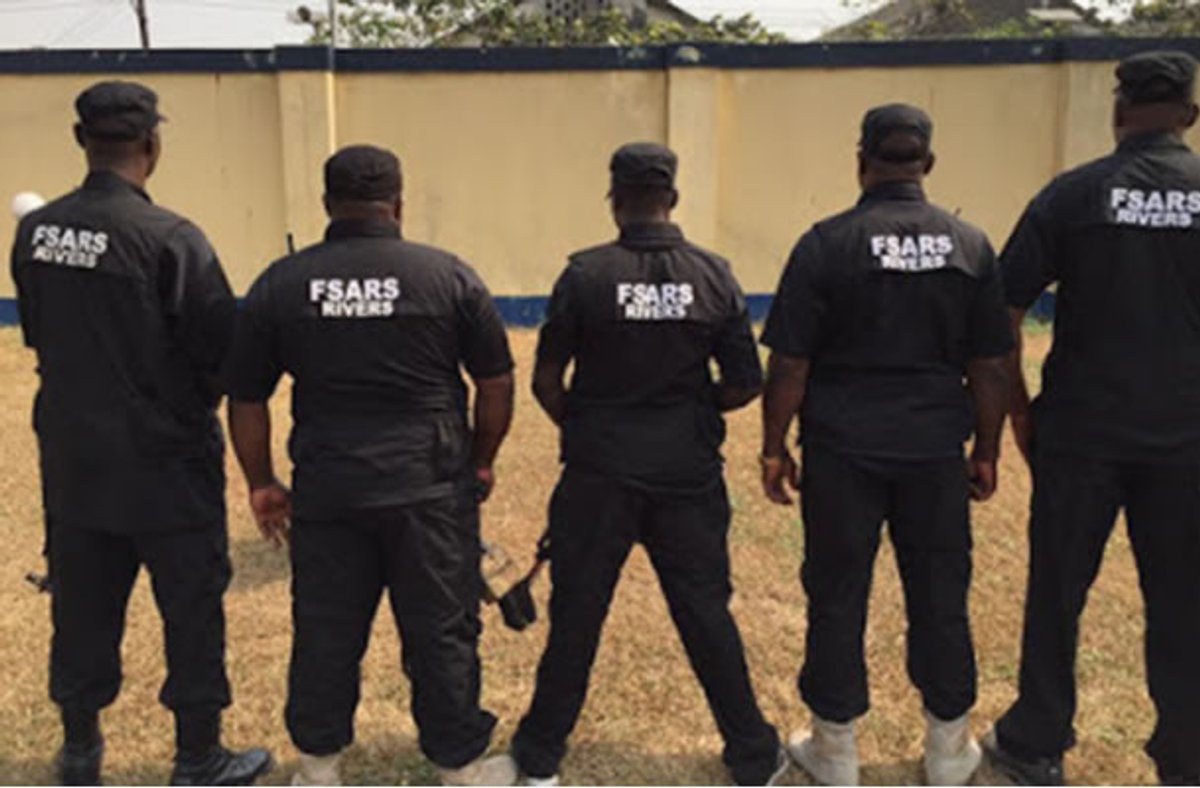 – Outrage As Lagos SARS Officials Go On Rampage; Beat Up Young Man With Plank For Refusing To Unlock His Expensive Phone For Them.

Nigerians are no longer interested in the SARS operation in the country as different bizarre complaints keep coming without any hope of it ending soon. Nigerians are crying everyday – These people are supposed to put smiles on our faces but instead, they are the ones making us cry every day.

Recently, a video of SARS officers beating a young Nigerian man went viral and it has stirred quite a lot of reactions. The reason for the inappropriate torturing of the guy was what even made many people more uncomfortable.

The #EndSARS campaign started 10 days ago after a young man named Kolade Johnson was brutally killed by SARS officers while he was watching a football match in Lagos state and it’s still trending massively on all social media with different horrible complains from Nigerians. That was how this latest story caught our attention.

According to the story, the young Nigerian was walking on a street in Oke Ira, Lagos, when he was stopped by these officials of the Special Anti-Robbery Squad (SARS). They searched his bag but they could not find anything incriminatory. The next thing they did was ask him what he did for a living. He told just this and even went on to show them his ID card. Meanwhile, last week Naijpost reported that the police officers from the Anti Robbery Squad that killed Kayode Johnson have been apprehended and subject to internal discipline.

Despite this, the officers decided to still look for any injurious act of his just so they could find an excuse to arrest him. This caused them to ask him why he had 2 phones. Then, they told him to unlock the expensive phone so that they could see what was inside.

"I Know My Rights, You have no Right to Search My Phone" – Young Nigerian Guy Cries Out As SARS Police Officers Slap and Repeatedly Plank Him On His Head All Because He Refused to Unlock His Expensive Phone for them to invade his Privacy!!! . A Nigerian Guy who was walking going by his daily business at Oke Ira, Lagos was stopped by Sars and they searched his bag and couldn't find anything asked him what he did for a Living and he told them and he showed them his ID card but the Officers were still looking for what to use to arrest him so they then asked him why he had 2 Phones and told him to Unlock The Expensive phone for them to see what was inside, it was then he got angry, stood his ground and refused, so they seized the phone planked him with wood and told him to Come to Alagbon FCIID Police station to Come and Retrieve the Phone!!!

At this point, the young man got angry. He stood his ground and told them blatantly that he was going to unlock it. For this sheer reason, the officers started slapping him and beating him with plank right in the middle of the market with traders staring surprisingly. The beating was brutal and born out of anger than duty. Eventually, it was said that they seized his phone, beat him more with the wooden plank and told him to come all the way to Alagbon FCIID police station in order to retrieve it.