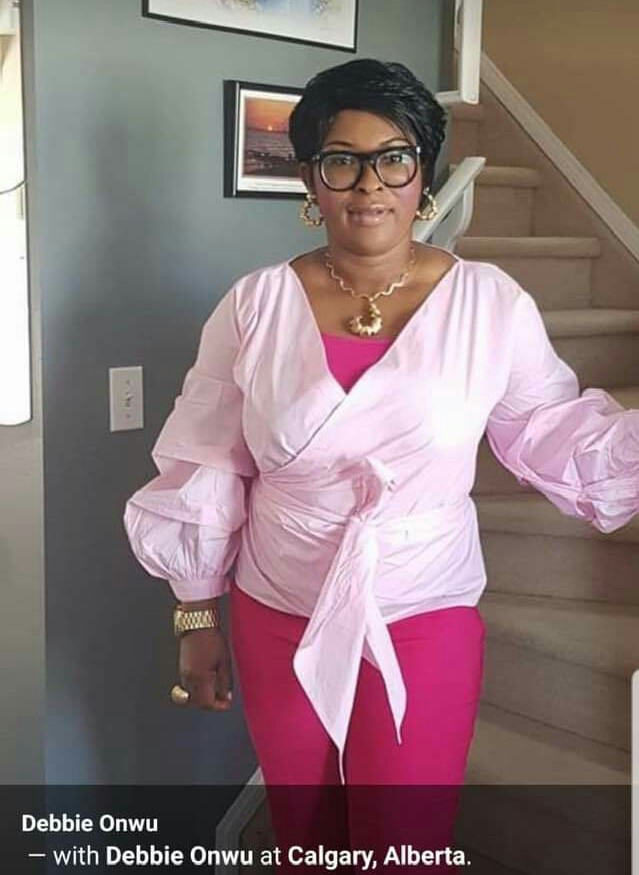 Nigerian Cas‍e Worker, Debbie Onwu 47, Killed By 18 Year Old Patient Under Her Care At A Facility In Calgary, Alberta, Canada, After Heated Argument..

According To Police, That’s 16 Homicide Case In Calgary This Year..

A suspect in custody and a woman is dead after a fatal stabbing in southwest Calgary early Friday morning.

While an initial search of the residence didn’t turn up a suspect, one person was located and arrested downtown around 5 a.m. Investigators do not believe the fatal attack was random.

Calgary police have identified the victim as 47-year-old Deborah Onwu, a professional case worker supporting an 18-year-old man who allegedly killed her.

Police say emergency crews provided first aid to the victim but she succumbed to her injuries.
Staff Sgt. Martin Schiavetta says the 18-year-old had been living at the facility for several weeks.

“She was providing assisted living care to the suspect,” Schiavetta said. “This was her place of employment. The investigation is still ongoing. If appropriate, we will be in consultation with the Crown Prosecutors office.”

Multiple neighbours told Postmedia the residence where the incident happened was a halfway house belonging to Alberta Seventh Step Society.

The society’s website says they’re a group that works to “support offenders and ex-offenders to achieve and maintain their freedom, realize their potential and grow within the community.”

Officials with the society did not immediately respond to request for comment.
Because the death happened at a workplace, Alberta Occupational Health and Safety is also investigating.
If deemed a homicide, it would be Calgary’s 16th of 2019. 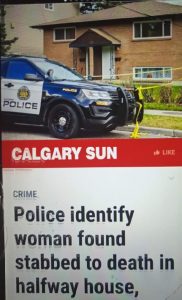