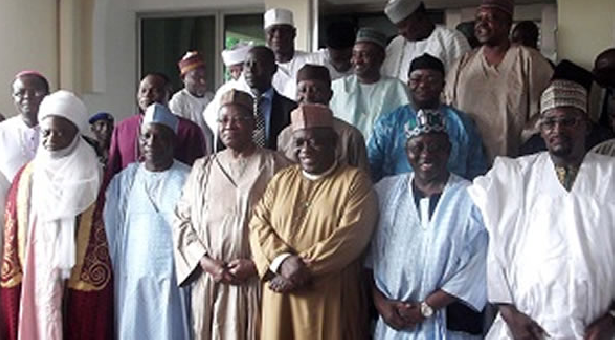 The former Special Adviser on National Assembly Matters to former President, Shehu Shagari, Alhaji Tanko Yakassai, a prominent Northern Elder, has replied the youths and elders of the South-East geopolitical zone on the issue of RUGA, insisting that its rejection is equivalent to the rejection of the 2023 Presidential slot by the South-East region.
According to Yakassai, RUGA settlement is a panacea to resolve the persistent conflicts between Farmers and Herders.
“Farmers claim Herders destroy their farms while rearing their cows. Therefore, in an effort to find a lasting solution to this incessant crisis”, he recalled that the Federal Government came out with the introduction of RUGA settlement, whereby a portion of land would be set aside with necessary amenities like roads, water, and other things for the Fulani Herders to settle down with their livestock in different States of the Federation, instead of roaming about and getting into conflicts with Farmers.
Disappointed by its outright rejection, Yakassai warned that the action might cause the South-East the 2023 Presidential zoning formula.
He said: “People were talking about power shift; that is to say the Igbos should produce President come 2023. But one thing that is certain is that this lofty idea cannot be achieved just on a silver platter. I am committed to the unity of this country, and this is what I had been fighting for as far as back to 1953. It will be recalled, that as a result of my commitment to the unity of this country that I was arrested and imprisoned, for fighting against the plan of making Nigeria a Confederation, rather than a united country. That was when I was just about 20 years old.

“This is what I expected the youths to be fighting for, not expressing sectional and parochial views.

“When we say power should move to the Igbos; as we all know, for anybody to become President of this country, he has to garner votes from at least 24 States of the country. The North has 19 States, while South has 17. Therefore, for the Igbos to realise this dream, they need the support of every part of the country. So also, any Northerner equally needs the support of the South, one way or the other.

“The South-West has produced President. The North has also produced, while the people of the South-South had their turn by producing former President, Goodluck Jonathan.

“What I am trying to say here is that the Igbos at this crucial stage in their quest of producing Mr. President in 2023, or at any time Allah destines them to occupy the seat, still need the collective support of people from the North and other parts of the South.

“What I am trying to say is that for their people to kick against the establishment of RUGA, which is an interest of the North, there would be a time when the Igbos would equally need the support of the North for an assistance, and they might also not render such an assistance to them, because they could tell them, ‘you did not support us when we needed your backing for RUGA settlement”, Yakassai noted.

This news piece was first published on: https://www.akelicious.net/2019/07/no-ruga-no-2023-igbo-presidency.html