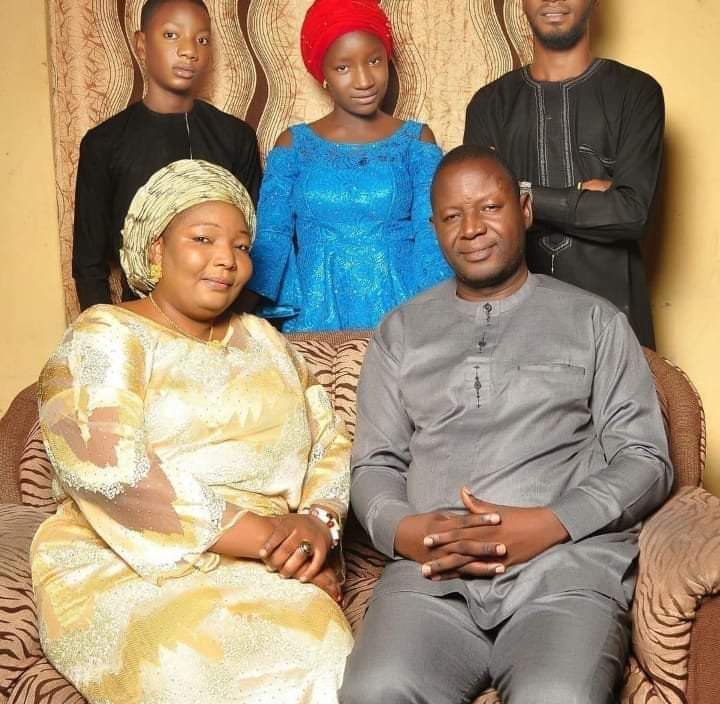 A Reverend named Daniel Umaru and his wife have been shot, his two sons killed,  while his 13 years old daughter was abducted by some alleged terrorists.

The terrorists entered their house last night in Mubi, Adamawa State, Nigeria. The clergyman survived the shooting and is currently in hospital while the wife has remained unconscious!

In a social media writing  Nigerians are requesting for fervent prayer for this family for comfort and for release of the kidnapped daughter. Pray for recovery of the Pastor and his wife.

“This is Rev. Daniel Umaru and his family, the Pastor in charge of EYN Church, Njairi, Mubi, Adamawa state.

Last night, unknown gunmen stormed his residence, killed his two sons and kidnapped his 13 year old daughter. He was shot and left battling life in the hospital. The wife is in coma due to shock.

Oh God save our nation from blood tasty people and heal our land.

Oh Lord! Please help your children to remain focused in the midst of these challenges. Grant healing to your son and bring his wife out of coma. Give calmness to his daughter and rescue her unmolested for the sake of your glory. 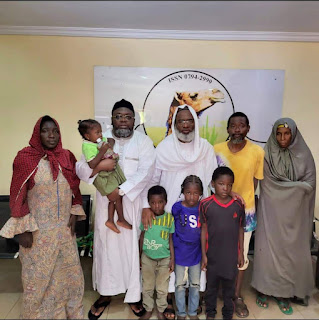 The terrorists that attacked the Abuja-Kaduna train in march, have released Four  children who were abducted.

They were kidnapped alongside their parents and other passengers when the terrorists bombed the rail track and killed some passengers.

Over a period of four months, some captives have been released.

In a statement on Wednesday, Tukur Mamur, Kaduna-based publisher who negotiated the release of some of the passengers, said the children and their parents were released after the intervention of Sheik Ahmad Gumi.

“Disturbed by the gory videos images of four teenage children belonging to same family he saw in the last video released by the attackers of the AK9 Train, Sheikh Dr. Ahmad Gumi for the first time since the abduction of the innocent passengers of that train over 4 months ago has reached out to the abductors through his Media Consultant, sent Allah’s messages to them and consistently pleaded with them to consider the release of the poor children and their innocent parents. It was learnt that the health condition of two of the teenage children has deteriorated since the flogging incident that affected their helpless father. A total of additional 7 hostages were therefore released on Wednesday.”

“The parents of the four kids is a staff of the National Assembly Commission. There was no intervention from the Commission or NASS on his behalf since the travails begun.

“This is to confirm to the world that due to Sheikh Gumi’s efforts and with the support of a serving Senator from the North, (a God fearing personality that doesn’t have any relationship with the hostages) who chose to remain anonymous that all the family of six have regained their freedom on Wednesday morning. Also released is a 60 year old woman, one Hajia Aisha Hassan who was said to have been released due to life threatening health challenges that deteriorated recently.”

The names of the six family members that were released are Abubakar Idris Garba, who is the father of the four kids, his wife Maryama Abubakar Bobbo and their eldest son, Ibrahim Abubakar Garba who is 10 years old. 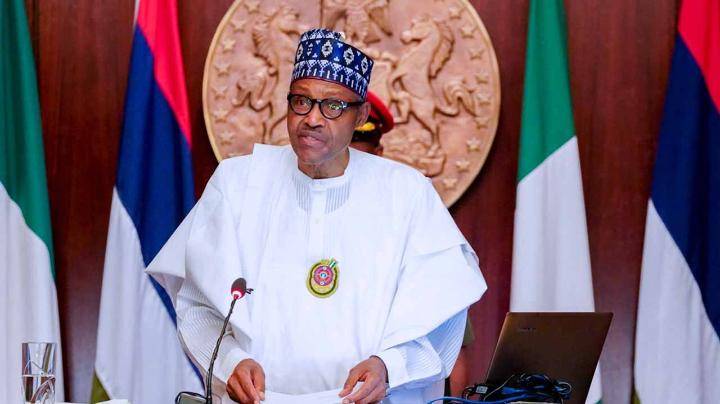 President Muhammadu Buhari, on Saturday condemned the attacks against non-indigenes and law enforcement officials by terrorists in the South-East, calling on citizens to point out the perpetrators for prosecution.

According to a statement signed by his Senior Special Assistant on Media and Publicity, Garba Shehu, the President was reacting to reports of the beheading of six Nigerien citizens and the brutal killing of some policemen at their duty posts.

He also urged community and religious leaders to speak more forcefully against the killings, stand up and defend the ethos of “our cultural and religious heritage.”

In the statement titled ‘President Buhari calls South-East killings sad and unwelcome,’ the Nigerian leader vowed that his regime will take all possible action in conducting a speedy investigation to bring the perpetrators to justice.

Calling for their arrests he called for the help of Nigerians saying “Those who know should point at specific people who did this.”

Buhari also expressed his regime’s unwavering commitment to peace and stability in the southeast and the entire country, saying that the reports of killings anywhere were sad and unwelcome.

He offered his condolences to the families of the law enforcement agents murdered and to the government and people of Niger Republic whose citizens were cruelly beheaded by the beastly. 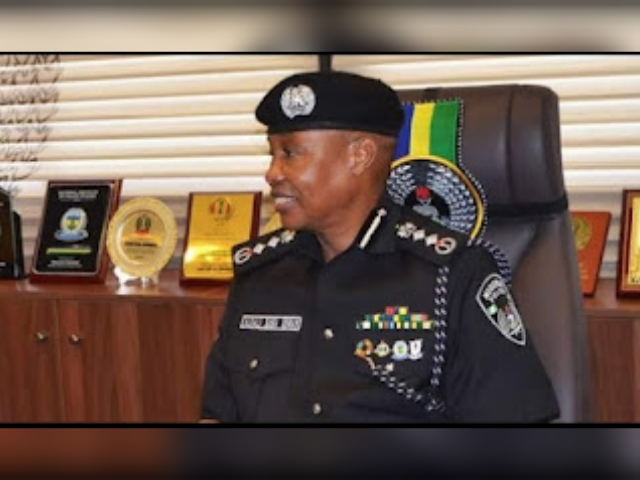 In Imo State, Four police officers have been killed by suspected bandits in the early hours of Saturday, and the police have confirmed.

Police spokesperson, Mike Abattam, said although details of the attack are still sketchy, the bandits reportedly burnt down parts of the police station and killed some officers on duty.

He said the Commissioner of Police, Mohammed Barde, is already at the scene to ascertain the severity of the attack and get first-hand information.

The Commissioner appealed to the people of the area to be calm and go about their lawful businesses, assuring them that the command is on top of the matter.

Police stations  in Imo state are prone to attacks

It will be recalled that in April, at least five divisional police headquarters were attacked by unknown gunmen.

Some of the attacks have been blamed on the Indigenous People of Biafra, a group seeking the secession of the South-East from Nigeria.