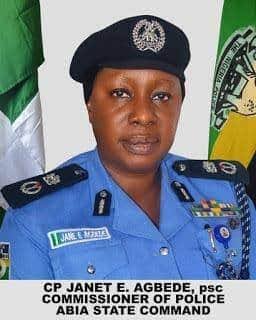 “Police operatives did an excellence job recently when they raided some criminals’ hideouts in Aba. They would kidnap female victims, collect their ATM cards and pin numbers and still rape them. The state has been having several challenges from kidnappers who rape female victims.

“Sometimes, they kidnapped them in Umuahia and took them to their hideouts in Aba. This was rampant between June and October 2020.  We arrested some suspected kidnappers and armed robbers in Aba right in their hideouts. We recovered some sophisticated weapons from them. 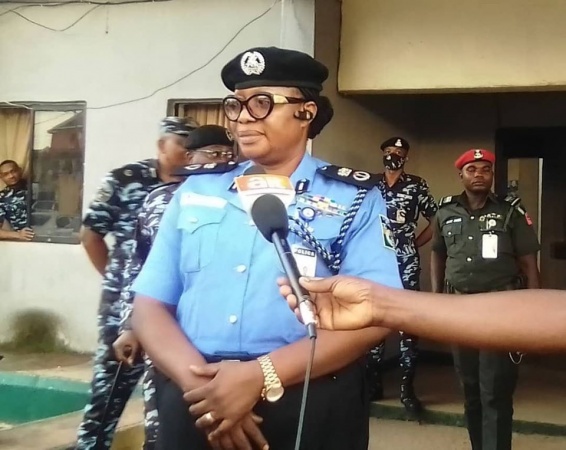 “I don’t normally sleep at night as I have been involved in night patrol with my personnel area commanders to make sure that the state is calm. We have dealt with criminals especially in their hideouts as we are constantly raiding flashpoints.

“I have organised lectures and seminars with the stakeholders including the Nigerian Bar Association (NBA), traditional chiefs, community leaders, the judiciary, Nigeria Union of Journalists (NUJ) and the student unions to solicit their cooperation and support in the new vision of community policing as instituted by the   IGP, Mohammed Adamu. This will enable us to flush out criminals.

“Since we have the stakeholders’ meeting, the result has been fantastic. The interaction has yielded good result as the public has been given the police the needed information to deal with criminals “We swung into action and arrested the criminals.

Immediately after interrogation, we charged them to court. The command has good relationship with the human rights community.

“With the assistance of other sister security agencies we have been able to conquer the criminals. These achievements, however, have been through the support of Governor Okezie Ekpeazu. His management team has been helpful in ensuring security in the state. With the operational vehicles given to the command, the governor assisted us to fight and wage war against criminals and we appreciate his efforts.

“My principle has been zero tolerance for corruption. It is based on this that I have lectured my officers to shun corruption. They should know that they are to serve the people and not to extort from them or threaten their existence through illegal duty. I love a police officer, who is well disciplined and ready to serve his father land.

“I always enjoy the cooperation of my management team. If there is any crisis, we brainstorm and have a good result at the end of the day. I learnt a lesson in this job, it is good to always carry your subordinates along especially in decision making.

“If I come to this world again, I will still join the Nigeria Police Force. It makes me proud. I have an open door policy as I welcome everybody to my office. If you have useful information to assist us on how to flush the criminals out, you are always welcome.”