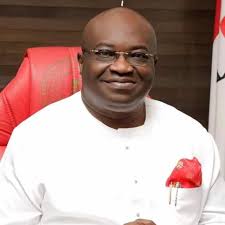 Mr. Ikonne has denied the allegation, adding that he could not beat a woman that is older than him.

The NULGE, Abia chapter President, Ikechi Nwigwe, announced the shutdown of the secretariat by the union on Wednesday while addressing newsmen at the place.

He said that the secretariat will remain closed pending Governor Okezie Ikpeazu’s assent to their request to sack Mr. Ikonne.

Ikonne had allegedly beaten and battered Mrs. Nwanosike with planks and pipes on Tuesday afternoon, reportedly inflicting injuries leading to her being hospitalised.

Nwigwe alleged that Nwanosike, who is the Head of Works Department in the local government, was stepping out of her office when she saw the chairman and greeted him.

He said that the chairman ignored Nwanosike’s greetings and that as she moved on to attend to official matters, Ikonne called her back, shouting, “You’re sabotaging my work” and began beating her with a plank and pipes”.

We got information that the Executive Chairman of Abia North Local Government Area, Mr. David Ikonne, brutally assaulted Mrs. Chidinma Nwanosike, the Head of Department Works of this council.

“Of course, I know that he has no reason to do that, so we came here this morning in solidarity to ask him what happened, but unfortunately, he was [not] in the office.

“In our slogan, injury to one is an injury to all and because the woman is a director in the service and she knows the rules and she no doubt must behave in a civil manner.

“She may not have done anything to attract the beating, the harassment and the maltreatment.

“Imagine beating a woman with planks and pipes? We have those pieces of evidence with us.

“The man has no reason to beat the woman to the extent that she’s currently hospitalised,” Nwigwe said.

He said that NULGE was shutting down the secretariat as a precaution to save the rest of the workers from attacks; and that the union had reported the matter to the Abia governor, Head of Service and other relevant authorities, stressing that when the union is satisfied with Governor Ikpeazu’s response, it will reopen the secretariat.

However, when the chairman, Mr. David Ikonne, was contacted on the matter, he denied beating the woman, adding that he could not beat a woman older than him. 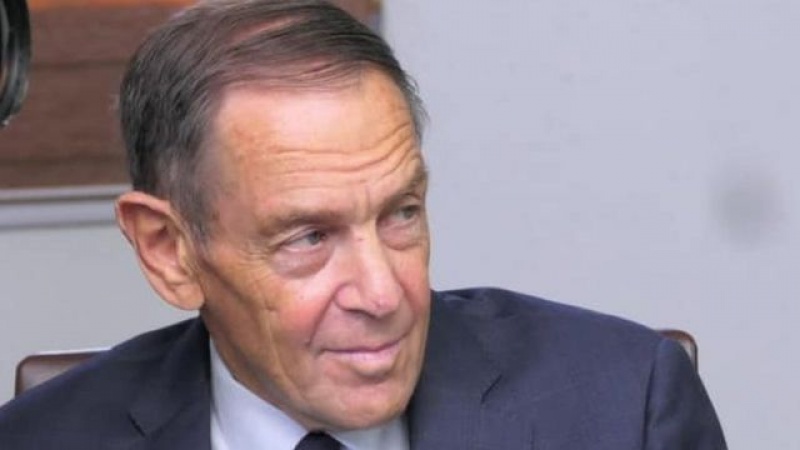 The Indigenous People of Biafra (IPOB) has announced that its legal luminaries in the United States of America, led by a US Attorney, Dr. Bruce Fein, has sued professor of Baltimore University, Dr. Ivan Sascha Kasheen, in USA to court for writing falsehood and junk against IPOB.

Ivan was said to have been allegedly paid to write false and malicious article against IPOB and its leader which was published by Washington Times.

According to IPOB, the article invariably asked the US State Department to designate a peaceful Sslf-determination movement like IPOB as a terrorist organisation.

A statement by IPOB’s Media and Publicity Secretary, Emma Powerful, said that the law of America will catch up with him for telling lies against a peaceful movement.

The statement added: “Our legal team in America led by Bruce Fein has instituted a case against him in a competent US court. This paid agent will testify before the court why he accused IPOB wrongly and who paid him to do the hatchet job.

“We also wish to announce that IPOB group of lawyers in Nigeria led by Barrister Ifeanyi Ejiofor, will address a World Press Conference in Abuja today, Wednesday, 20th October, 2021 between 10-11 O’clock in the morning

“We, therefore urge members of the public to watch out for the press conference where some burning issues surrounding our Leader’s court appearance and the struggle generally will be addressed.” 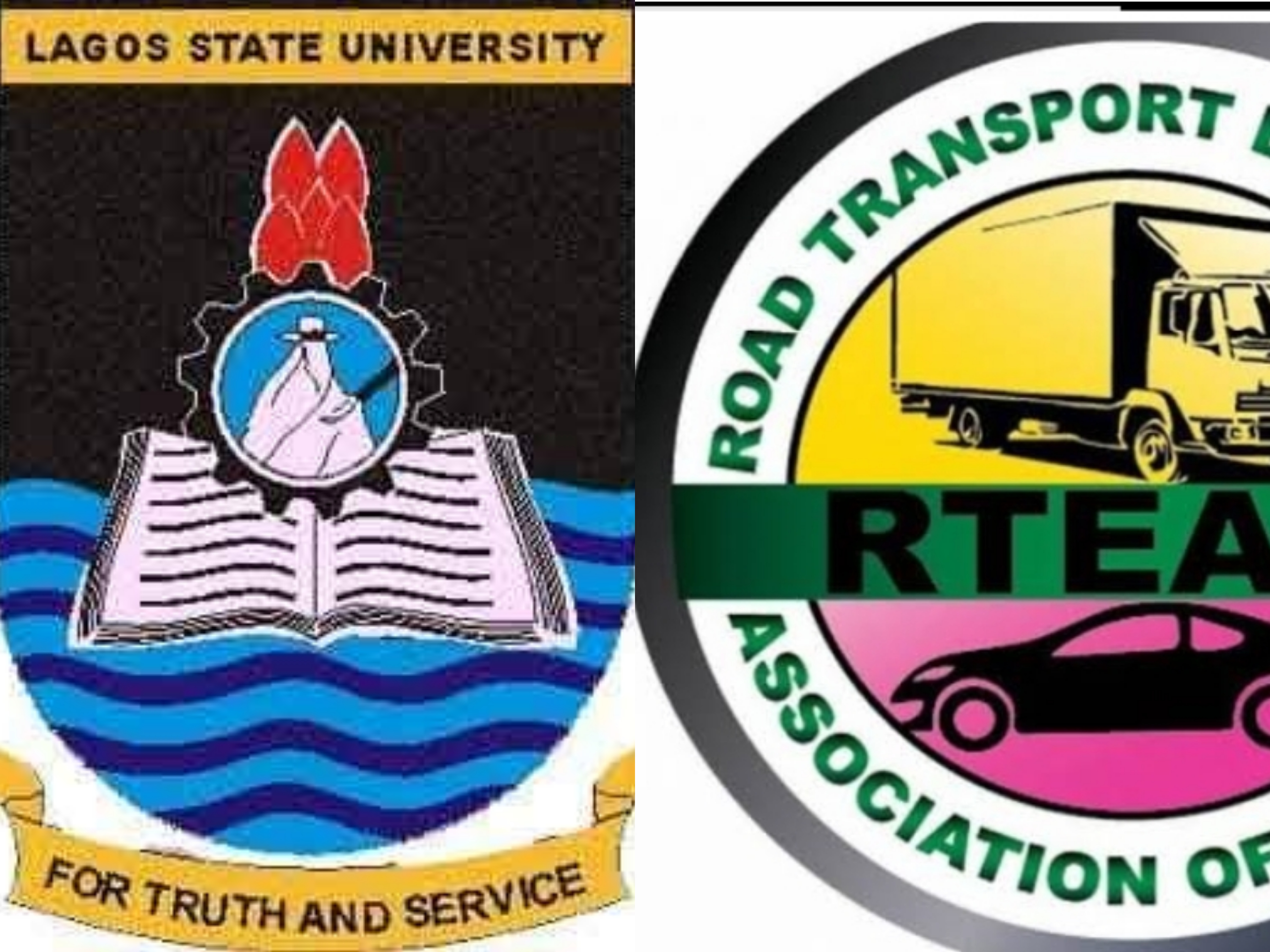 In a statement by the association’s chairman, Nurudeen Eniafe, and secretary, Olalere Owoseni, in Lagos on Tuesday, the move is part of the rebranding effort to correct the notion that the association consists of uneducated and never-do-well personalities.

The statement lauded the association’s National President, Musa Mohammed, for his efforts in ensuring that the association was sanitised at all times.

“The emergence of Alhaji Musa Mohammed, fondly called Alhaji Mollar, as the National President, represents the turning point of the old public narrative from negative to positive, for arguably the most vibrant trade union in Nigeria.

“We want to commend the national president of the union for cleansing the system and giving student leaders a room to direct the affairs of chapels of the association.

“In the same vein, we want to also appreciate the astute and impeccable role of our father, his royal majesty king Adeshina Raji, the Oniba of Iba Kingdom, who, in his pleasant disposition, gave us his support,” it noted.

The statement quoted a recent report by a media organisation that the Lagos chapter of the National Road Transport Workers Union, generated annual revenues of N123.08bn.

It attributed this to the induction of Nigerian graduates into the association, to offer their expertise.

The induction took place during the inauguration of the LASU chapter of the association. 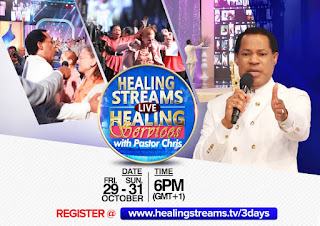 Healing Streams Live Healing Services with Pastor Chris: an online global phenomenon that has blessed so many lives in countless ways. Streamed via the internet and on various terrestrial and satellite TV and radio stations all over the world, billions have been tremendously blessed by the power of God through healing miracles, salvation in Jesus Christ, and spiritual endowments.

Testimonials of supernatural encounters and divine interventions into human situations abound aplenty from those who have participated in these programs since its inception in September 2020, and more especially for the March and July 2021 editions that featured the man of God, Pastor Chris.

“My son had skin problem on his back. During the July Healing Streams Live Healing Services, I placed my hand on his back as Pastor Chris was praying. When we woke up the next morning, we saw a huge difference on my baby’s back. He is completely healed. Indeed, God is amazing, I can’t stop praising and thanking Him for what He’s done. My son’s skin was so ugly, but is now perfect,” says Lesego from South Africa.

“On the Monday of the week of the recent Healing Streams program in July 2021, I developed a sudden lower back pain whilst in the kitchen. The pain became so severe that I could not sit or even stand but could only lie on my back. I participated in the program from Friday and by the close of the program on Sunday, I was totally healed. The pain disappeared and I can now sit and stand normally. Glory be to Jesus!” Harrison from Spain proclaims.

Neither time nor space in any one article would suffice to even begin to tell of the many glorious wonders that God has wrought through the Live Healing Services, which is reminiscent of John’s declaration when he said, “Jesus did many other things. If they were all written in books, I don’t suppose there would be room enough in the whole world for all the books,” (John 21:25 CEV).

Still, all that has happened is only just a foretaste of things to come. The Healing Streams Live Healing Services with Pastor Chris will hold from Friday to Sunday, 29–31 October 2021, and it is set to be the biggest and grandest crusade yet. Nothing the world has ever seen will compare to it. 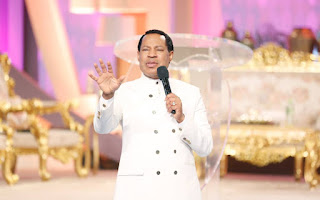 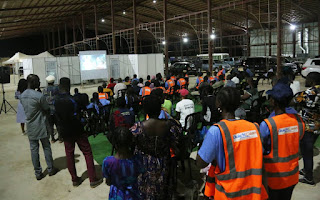 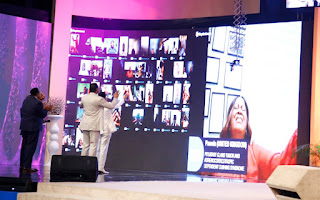 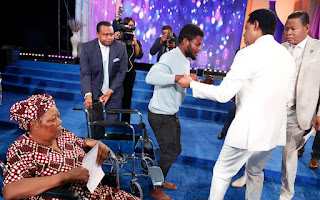 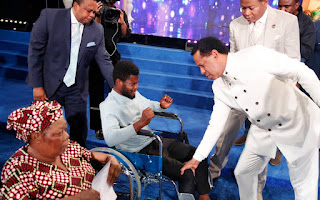 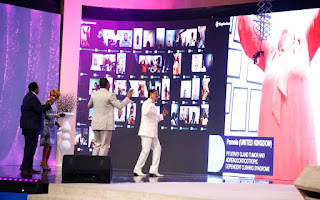 On the impact of the upcoming program, the man of God, Pastor Chris says, “We are going to shake the world for Jesus one more time. It’s the biggest thing happening in the world right now.”

Language? Time? Distance? There are no barriers to your miracle. The program will be streamed live in over 4,000 languages, on the Healing Streams TV website

(www.healingstreams.tv) , the Healing School Mobile App, and on Loveworld Networks (TV and radio stations all over the world). You can participate from wherever you are!

So, the only question is this: are you ready?

There are 4 Ps to remember when preparing for the Healing Streams Live Healing Services with Pastor Chris:

To register for the program and for more information on what to do, please visit