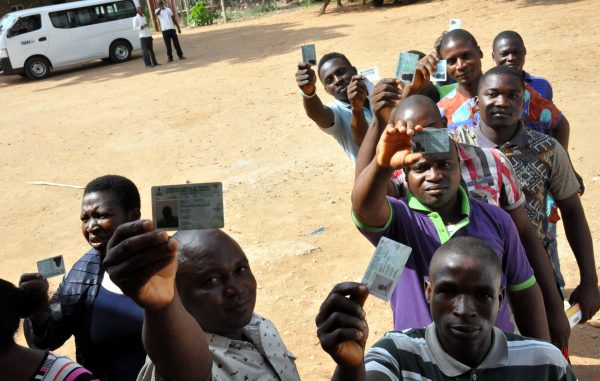 Jokotade Durojaiye, a special correspondent of TheCable, was attacked at the polling unit of Uche Nwosu, governorship candidate of Action Alliance (AA) in Imo state, on Saturday.

She was waiting for the announcement of results when some supporters of the AA candidate, who is the son-in-law of Rochas Okorocha, governor of the state, attacked her.

Durojaiye said the supporters who were sharing the money given to them by Nwosu accused her of planning to expose them.

“Around 6:10 pm at Uche Nwosu’s ward, voters were waiting outside the hall for the announcement of results and I joined by sitting at a corner,” she said.

“I noticed that money was being distributed. So, I was monitoring from where I sat. Suddenly, one man approached me, demanding to see my phone. I objected saying I had the right to cover the election since I was accredited by INEC.

“He started threatening me and said that he would make sure I’m beaten to a pulp. He said I was there by their opponents. People started gathering and then started asking for my phone. I kept saying I don’t understand why I’m being harassed as I was just there to cover elections.

“I put my phone in a secure place and that’s when they started pulling and dragging and hitting me.”

Durojaiye said she shouted on top of her voice before policemen intervened and rescued her.

“When they took my phone away and continued hitting me, I started screaming and it got the attention of some policemen who came in and picked me up from the floor,” she said.

“I was taken into their vehicle and they made sure no one got close to me. The people kept yelling and curses on me.

“They took my INEC accreditation tag and said that I wasn’t supposed to be there. The policemen eventually retrieved the tag and collected my phone for me. They also took me to a safe location.”