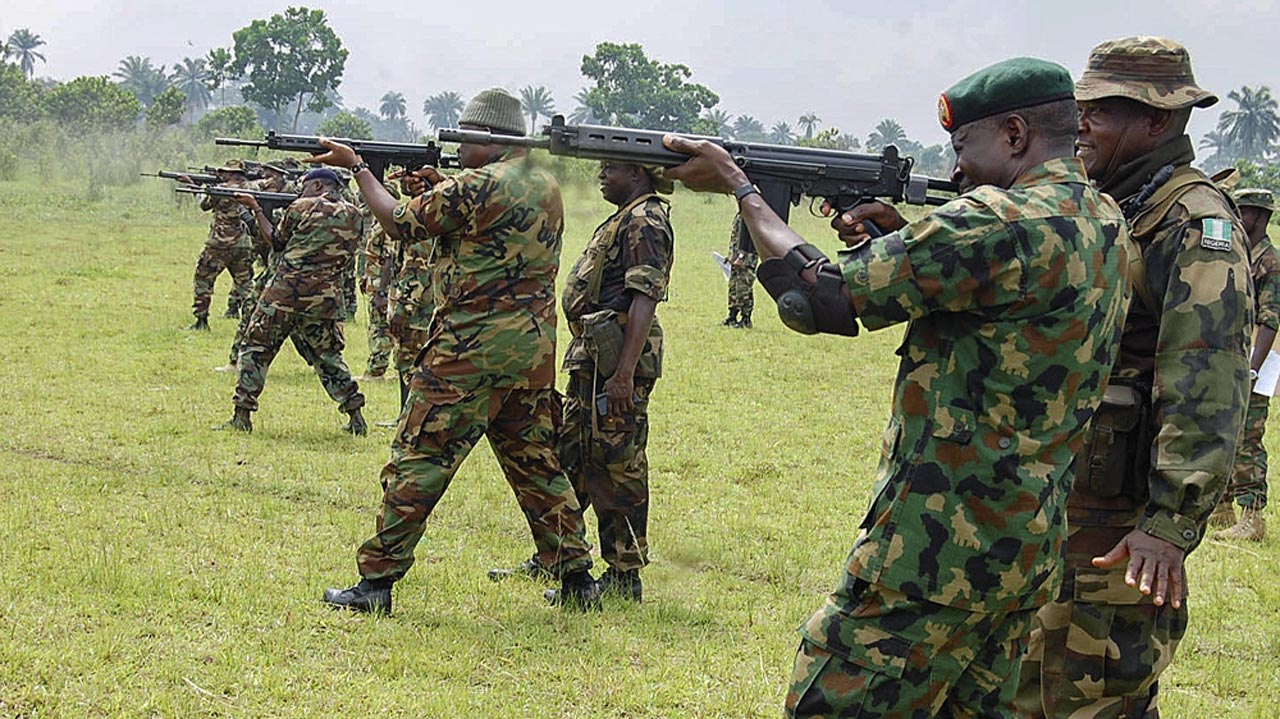 Some men of the Nigeria Army have arrested a yet to be identified woman at Polling Unit 026, Gayam Ward, Lafia in Nasarawa State on Saturday for allegedly snatching ballot papers from electoral officials during the governorship and House of Assembly elections.

Naijpost through Eyewitnessreporters gathered that the woman who was suspected to be a political thug stormed the area about 1pm with some youths loyal to one of the parties and grabbed the ballot papers from the National Youth Service Corps members and ran away.

All efforts to arrest her by the policemen in the area was unsuccessful as it was repelled by some other thugs working with her, before she was chased by some soldiers on Makurdi Road and some of the ballot papers were retrieved from her.

The incident happened just 30 minutes after Salamatu,  wife of  Governor Tanko Al-Makura,  cast her vote at the unit.

A domestic election observer, Mr. Peter Bitrus, said, “It was a conspiracy. The governor’s wife voted in this polling unit and we expected that security would be tight here.

The exercise had been largely peaceful before this woman came and caused pandemonium. She was dressed in a long black gown and she hid the papers under the gown.”